The court recently reported the costs decision in the Amlani matter.  As many other costs decisions, it is a sobering reminder that condo corporations ought to consider reasonable alternatives to litigation or risk facing costs consequence.

You may recall that the Amlani case involved a dispute between a condo owner and the corporation over chargebacks.

Mr. Amlani, a smoker, moved into a building where smoking was allowed. All went well for a couple of years. When complaints surfaced, the Corporation’s lawyer sent a compliance letter demanding that he immediately cease and desist from smoking in the unit. The corporation then sought the cost of this letter (some $863).

Despite attempts by the owner to meet and find a solution, the Corporation “embarked on costly aggressive litigation”. For months, it refused to explore practical solutions (even though some had worked in the past) and refused to even meet with the owner, despite the corporation’s governing documents requiring good faith negotiation. Rapidly,  the Corporation ran up some $25,000 in legal fees, which it sought against the owner through the registration of a lien and a power of sale. The vast majority of these fees were incurred after the owner moved out temporarily in an attempt to resolve the dispute.  The owner brought a court application to prevent the sale of his unit.

This case dealt with the level of reasonableness required when condos seek compliance with their rules and whether they can charge back the cost of doing so. We blogged about this case already:

As is often the case, the court then ruled on the question of costs. Here, the stakes were high. This case involved a two-day hearing, cross-examinations and expert reports. The owner sought $91,000 in costs. This was in line with the cost incurred by the corporation itself. Still, the corporation argued that the owner should only get $44,000 plus some (but not all) of his disbursements.

In Ontario,  successful parties can usually expect the defeated party to pay a portion of their legal fees. The norm is to impose cost on a partial scale (approximately 65%) but courts can impose substantial costs (closer to 90%) in certain circumstances, including cases where the victorious party made a reasonable offer to settle.

In this case, the judge considered the fact that Mr. Amlani had made offers to settle even before the litigation was commenced.  This, the judge concluded, demonstrated the reasonableness of the owner’s conduct from the outset.

The judge was also of the view that it was appropriate to award elevated cost as the corporation’s conduct was “worthy of sanction”. He highlighted the fact that there were practical and economical solutions to the problems at hand and that, rather than exploring them, the corporation embarked on costly and aggressive litigation, even refusing to meet with the owner to discuss the issue. This, the judge said, was not only unreasonable but was also in breach of the corporation’s governing documents.

With this decision, the judge wanted to send an important message to the condo world:

You can read the decision on costs here.

The corporation appealed both decisions (on merits and costs).  The appeal was heard and dismissed on June 26, 2020.  As of the date of this post, we are still waiting for the reasons to be issued.

Back to Basics: How to Adopt a Condo By-law »
« Toronto moves to Stage 3 and Requires Masks in Condos! 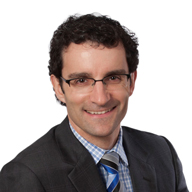