Can the City Assist Condos in Short-Term Rental Bans?

Some major municipalities in Ontario, including Ottawa and Toronto are (or already have) implemented municipal By-laws governing short-term rentals in the cities.

These by-laws do a number of things:

To check out the Ottawa by-law or the Toronto by-law, click on either of those links!

The Toronto by-law is already in force, and the Ottawa by-law will begin being enforced on April 1, 2022.

It is also important to note that the Ottawa by-law (although not the Toronto by-law) defines a short-term rental as one that has been marketed or brokered on a short-term rental platform. Accordingly, if a renter is entering into short-term leases but is not advertising them on such a platform, they may not be caught by Ottawa’s municipal by-law. In such case, the condominium would not be able to rely on the City for assistance in enforcing a short-term rental ban.

The Ottawa by-law actually goes a step further than Toronto’s, and includes a section specifically regarding condominium corporations. This section states that condominiums may apply to the City to register a short-term rental prohibition on the property, which would prohibit anyone from obtaining a permit.

What is a Short-Term Rental?

The Ottawa By-law states that a “short term rental” (which the By-law applies to) is a transient accommodation for a period of less than 30 consecutive nights and:

Accordingly, under the Ottawa by-law, if the guest suite is not being marketed on a short-term rental platform, it is not captured by the by-law. Therefor, it likely does not need to be registered with the City.

As for Toronto, it’s by-law defines a short term rental as all or part of a dwelling unit used to provide sleeping accommodations for any period less than 28 consecutive days in exchange for payment. This definition is more broad, and may not be contingent on the unit being marketed on a platform like AirBnb.

Many of our readers have asked us whether these municipal by-laws apply to guests suites. Specifically, should condo corporations register their guest suites with the city (as they are offered on short term basis)?

The answer is… it depends (classic lawyer answer).

The answer will depend on what each municipal by-law indicates. For example, if the guest suite is not advertised on a marketing platform, it not likely to be captured by the Ottawa by-law (but could be captured by Toronto’s). In addition, both cities’ By-laws state that in any event, permits can only be granted to individual people… not corporations.

Of course, these types of questions would need to be determined on a case-by-case basis. Another consideration is whether there is a cost being charged to occupy the guest suite. If your condo is renting a guest suite, it is important to make sure it is being done in accordance with whatever your municipal by-laws mandate. Your friendly neighborhood Condo Adviser is happy to help!

Ontario lifting (most) COVID measures on Monday: what it means for condos »
« Ontario moves out of Step-3 measures on March 1st. What comes after? 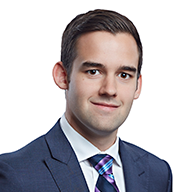